It all started with a sharp yell. We were sitting in our living room, and heard the neighbors begin to fight. I wish I could say that we ignored it and continued watching TV, but we didn't. I'm a little ashamed to say that we went outside on the deck to better hear what all the fuss was about.

This wasn't the first time that David and Annette had put their domestic discord on display for the neighborhood. A few weeks ago, David took a bat to Annette's car and it still bears the indentions on the hood and windshield. Earlier in the week, Charly told us that they were literally in a fist fight in the front yard. More often than not, one or more of their children are standing by watching.

So we were sitting on the deck listening to them argue and scream about some furniture. The yelling and screaming escalated into banging and loud noises. Trevor went inside to grab his gun (just a precaution--he has a concealed handgun license) and then told me to go inside and call the police. I dialed the number while Trevor went to look around the fence to see what was going on. He came back into the house before I was even off the phone and said that they accused him of pulling a gun on them. When he looked around the fence (staying firmly on our property), he saw David hitting Annette (with 17 year old son trying to get in between them) and yelled for him to stop. It had the desired effect, and that's when they saw his hand held down behind his leg.

David's mother was there, and she asked Trevor if he had a gun. He said that he did, and she asked him if he was pulling a gun on her. He told her no (in no uncertain terms) and as she advanced on him, he switched to gun to his left hand and turned it so the butt was facing her and the barrel was down.

When the police arrived, they separated Trevor and me to get our statements. They took pictures of his gun and the ammunition. They went next door and talked to our neighbors. When the officer that was talking with us came back to our house, he told Trevor that he was going to have to arrest him for deadly conduct.

Oh yes he did. He arrested my mild mannered husband for deadly conduct.

We were flabbergasted. We could not believe that we had called the police on a husband who was hitting his wife IN THE FRONT YARD and my husband was being read his rights and loaded into the back of a squad car. It was the most surreal moment of my life.

Luckily, the kids were in the back of the house playing in Grace's room, so they didn't see a thing and still have no idea what happened. I sprang into action, calling family and friends to see what we could do about getting him out of jail. A good friend of mine is a lawyer, and she began to make phone calls hoping to smooth the way for his release. Here's a friendly tip:

Never get arrested on Friday night, Saturday or Sunday. You will sit in jail because judges do not work weekends in small towns.

Because of all the phone calls on Trevor's behalf, the judge released him on a PR bond which just means that he was released with no money due based on his character. However, he was not released until we had both spent a completely sleepless night waiting for 5:30am to come. This was the time that I had been instructed to be at the jail to pick him up. As with most things governmental, it took longer than expected, but this turned into a bit of a blessing.

You see, I have an issue with pride. I know...surprise, surprise! Some time back, David and Annette's oldest son was arrested for vandalism (we think). We privately laughed about it and felt like he had gotten his comeuppance. Not a very Christian attitude to have about anyone, particularly a child. Every time they would get in trouble with the police or have a fight, we would rush to the door to hear what it was about and smugly point to our own marriage and how wonderful we were.


Yeah. God tends to not like that sort of stuff.


So, as I was waiting for Trevor, David's mother (Faye) came in to pick up Annettte (who had been arrested for an unrelated hot check writing charge). As we sat there (the only two people in the waiting room), the silence was thick. She had been very ugly to me the night before at the police station when I was there to make my statement. As we sat there, the silence thickening around us like congealed pudding, I just knew that I had to say something.


I made the first move and we began to talk. I told her that Trevor had been genuinely frightened for Annette and was only trying to help. She cried into her tissue and told me that she appreciated my saying that, and that she regretted that the situation had gotten so out of hand. She spoke of the difficulties her family was having, and the longer she talked the more my heart broke for her. I'm not saying what they did was right, but they had gone so far down the path of violence and hate that they had no idea how to turn back.

She loved David and defended Annette. She spoke of her grandsons with pride, just like mine and Trevor's parents speak of Nathan and Grace. I thought of something Patrick had said the night before. He said that in a few hours, our lives were going to be back to normal with Trevor home and all of this behind us, but all they had to go back to was their life. Their difficult, joyless, violent life. I told Faye that I was going to pray for her and her family. I wanted her to know that someone cared about them and their problems.

The Holy Spirit moved in me and caused my heart to be softened towards this family that had caused us so much heartache and trouble. Believe me...based on my previous behavior, it HAD to be the Holy Spirit. I was able to forgive them in my heart and pray for them.

So, Trevor is home safely and the charges have been dropped against him. His arrest record will be expunged and it will be as though it never happened. But it did happen, and once again I am humble and amazed by God's sovereign grace towards His people. It took something terrible to make me see how sinful my behavior had been towards my neighbors. He worked an awful situation for my good. Now, Trevor was the one who had to spend an entire night on a kindergarten nap mat (his words) under a dirty wool blanket, being treated like a common criminal (so much for innocent until proven guilty). I think his journey to forgiveness will be a longer one than the one I took.

One last bit of good news: Faye told me that David and Annette had sold their house and were moving out in a matter of days. For the sake of Nathan and Grace's safety, I'm glad but I will continue to pray for this family that they will be healed of all the many hurts they have inflicted on one another.

Posted by Xandra@Heart-of-Service at 3:03 PM

Oh my goodness! Xandra - what a night you and your husband had. When we can forgive like that, we know that it is only through the grace of almighty God.

Bless you as you pray for this family.

I hope your husband is able to find some peace towards them and not regret trying to help.

Oh Xandra, what a nightmare. I love your tender heart allowing God to speak to you and reach out to Faye and being obedient and humble.

I hope the days before they move are peaceful.

I guess it explains why news stories happen where people stand around and watch something awful happen without acting - sometimes it comes back to bite!

Hugs to you and Trevor! San Antonio is going to be a wonderful respite for us both. Only 4 days!!!!

Oh my....I am so sorry. It is amazing how you can be having a normal evening and then something life changing happen. It sounds like God used you in that ladies life. I know you have got to be relieved they are moving. I hope your husband is able to forgive. That would be hard.
Lisa

Wow! It's like a TV show! Amazing. I am so glad it all worked out for your hubby. It goes to show that you must do what is right and trust God to vindicate you. Hugs to you. Wow!

This story is just amazing. First, how God changed your heart, and second, that Trevor put himself out there and tried to help and look what happened. I'm not sure I would be able to forgive those people for a while, if I were in his shoes. I'm so glad they're moving. I think it's definitely the Holy Spirit at work, bring you and the mom together. But it will be nice for you guys to have some peace in your neighborhood.

I am so sorry you and your family had to go through that! How Awful! This family truly does need Christ! I pray too that they will surrender to Him and find peace and restoration! I am so glad that nothing more will happen to your sweet husband! We need more guys like him around!

It's wild how the system can work against you. Kenneth and I know where you're coming from! My heart goes out to everyone in this situation, but as we both know, this is no accident that this all happened. I pray that Trevor will be able to chock this up in his mind as just a bad experience and forgive. It's not easy. Not at all. Hopefully this family can somehow be affected positively by this and, by God's grace, receive a blessing out of it. I pray that your actions and attitude will have been a testimony to them all. Wow. I am in total shock and am glad this is all over.

Oh, my!!! I feel like I just watched Cops! I can't believe that really happened to you. I pray that family finds peace in their home.

ACK! How horrible for your whole family!

That said, sometimes people who are being hurt (or watching someone they love do the hurting)do crazy things to protect their secret - even when everyone already knows. They'll blame the people who are trying to help rather than the person who deserves all the blame. Been there, done that.

I'm so glad that there is no lasting repercussions for your husband. God was faithful to protect him! 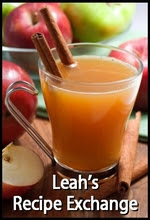